Android is a mobile operating system which is based on Linux platform and the phones which use Android as their operating system are called as Android Smart phones. Nowadays, every mobile user wants to have these phones because of its advanced features. Android phones are manufactured by different brands such as Samsung, Sony, HTC, Micromax and more. These Smart phones are provided with high quality camera to capture and record videos, huge data storage capacity to store Contacts, video files, songs, images, applications, documents, etc., high resolution large touch screen display to access files easily and at faster rate.

The very important info compared to all other data that is saved on your Android phone is Contacts. Because contacts are the only resource, that helps you keep in touch with all your school friends, colleagues, relatives, teachers and with many other people. If you have contacts of your close ones then you can reach them at any time even without any knowledge of where they are. So, contacts are very essential info that you need to keep safe forever.

Why to backup Android contacts?

As mentioned above, contacts are very important info that you will be having on your Android phone. These contacts may get deleted or lost from your Android phone due to various reasons such as accidental deletion, due to format, restoring phone to its factory setting, etc. and even if sometimes, you are unlucky then you may lose your contacts when you update your Android phone. So it is always good practice to backup Android contacts.

Steps to know how to backup Android contacts

Step 1: Download and Install the demo version of the software and Run the software. Tap on “Manage” option to get the screen as shown in Fig 1. And then, tap on “Backup & Restore” option to backup Android contacts. 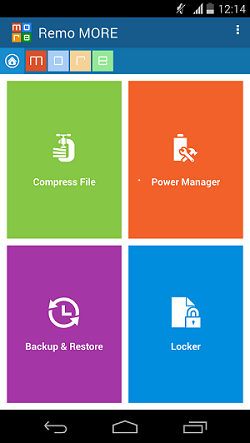 Step 2: From the "Backup & Restore" screen select "Contacts" as shown in Fig 2. 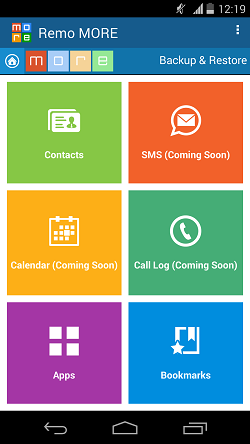 Step 3: Now click on "Backup Contacts" as shown in Fig 3.

Step 4 Give a name of the folder in which you want to save your contacts backup as shown in Fig 4.

Step 5 All your contacts are exported to the specified folder as shown in Fig 2, and with this the process of Android contacts backup is completed. 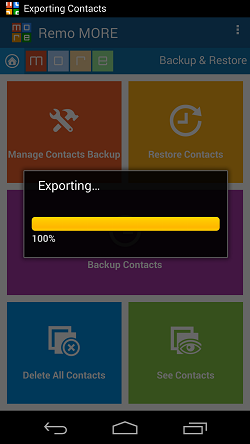